So after an episode we published a few months ago, the boys seemed to be on a little bit of a downer on the new Disneyland in Shanghai. Building seem to be taking for ever, the resort was way over budget and the opening date was on the horizon.

I think the feeling is still that a lot of money has been splashed out on this park which is causing issues across the board for The Walt Disney Company, but the park is now soft opening and boy have Disney proved a point.

We all know how our fearless host, Nic, feels about Tron, and I think his expectations were fairly high in the first place, but for all of us now we have seen the footage of the ride itself, I think we were all fairly impressed, even those of us who haven't seen the film (whoops!!!)

﻿For me, the saving grace was the new version of Pirates of The Caribbean we were promised, a new ride based solely on the movies. What could they do to improve on the classic? See for yourself!!!

﻿I for one feel this is the ride that Gringotts at Universal Studios could have been but didn't quite reach the required standard. Disney have upped their game when it comes to animatronics and there is just the right use of real props and screens.

There is much more to come from this park on top of these two attractions which were highly anticipated.

How do you feel about Shanghai now you have seen it for yourself?
Posted by Unknown at 04:45

Email ThisBlogThis!Share to TwitterShare to FacebookShare to Pinterest
Labels: Dis After Dark, pirates of the caribbean, Shanghai Disneyland, tron 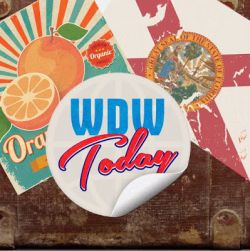